The Dunajská Streda region is located in the Western part of Slovakia. The area is rich in water resources including the Danube, Váh and Morava rivers. Dunajská Streda region shares borders with the Czech Republic, Hungary and Austria. The region can be characterized by the growing rate of foreign capital (especially within the industrial sector), the highest  level of agricultural land utilization in the country , availability of land with potential for industrial zones development, as well as a sound transport position, including highways to Bratislava, Vienna and Budapest airports.

The site, with more than 134,933 square meters,  is situated within the borders of Dunajská Streda, in the centre of the three biggest automotive manufacturers. It is located in close proximity to Bratislava (46km), the capital of Slovakia and is situated in a location called the “Golden Triangle”, which includes Vienna, Bratislava, and Budapest. This presents a great opportunity for clients who would like to expand into neighbouring countries and service the surrounding markets.

Good transport connections are available there – rail, air, waterway, road - to others countries:

The D4 motorway and the R7 highway cover more than 59 kilometers together and they will serve as the outer bypass of the capital Bratislava and together with the highway R7 will connect Bratislava to the Eastern part of Slovakia.

All of our new buildings are designed and constructed to achieve the BREEAM New Construction 2016 "Very Good" rating. The Building Research Establishment Enviromental Assessment Method is a widely used environmental assessment method for building. It sets the standard for the best practice in sustainable design and has become the recognized measure of a building´s environmental performance.

The warehouse offers electrically controllable loading bridges for trucks with industrial gates. The complex contains plenty of office spaces, sanitary facilities, locker rooms, relaxation rooms and also meeting rooms which are adjustable according to the requirements of the clients.

All of this results in a low operational costs for our tenants and a quality environment for their employees. 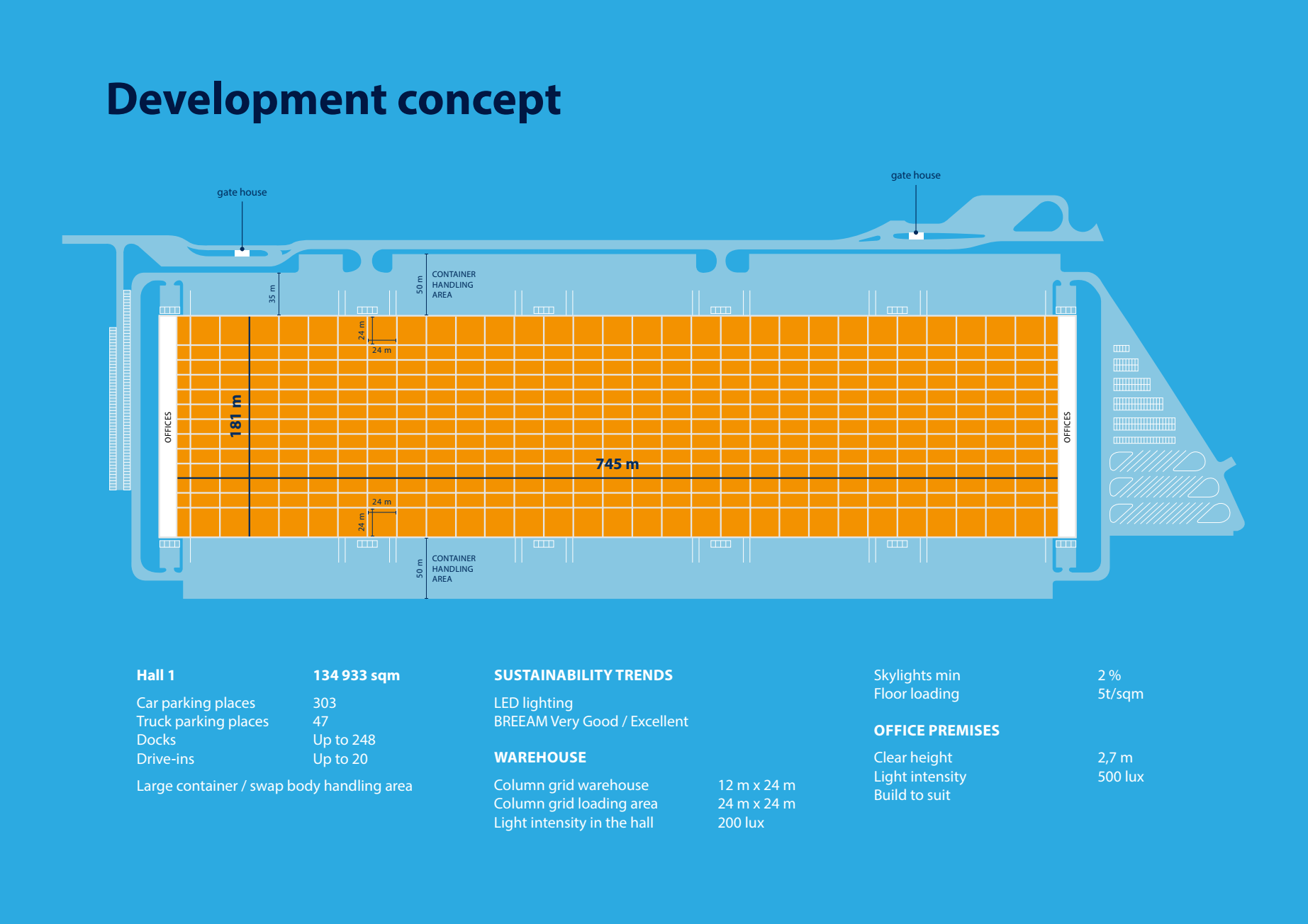 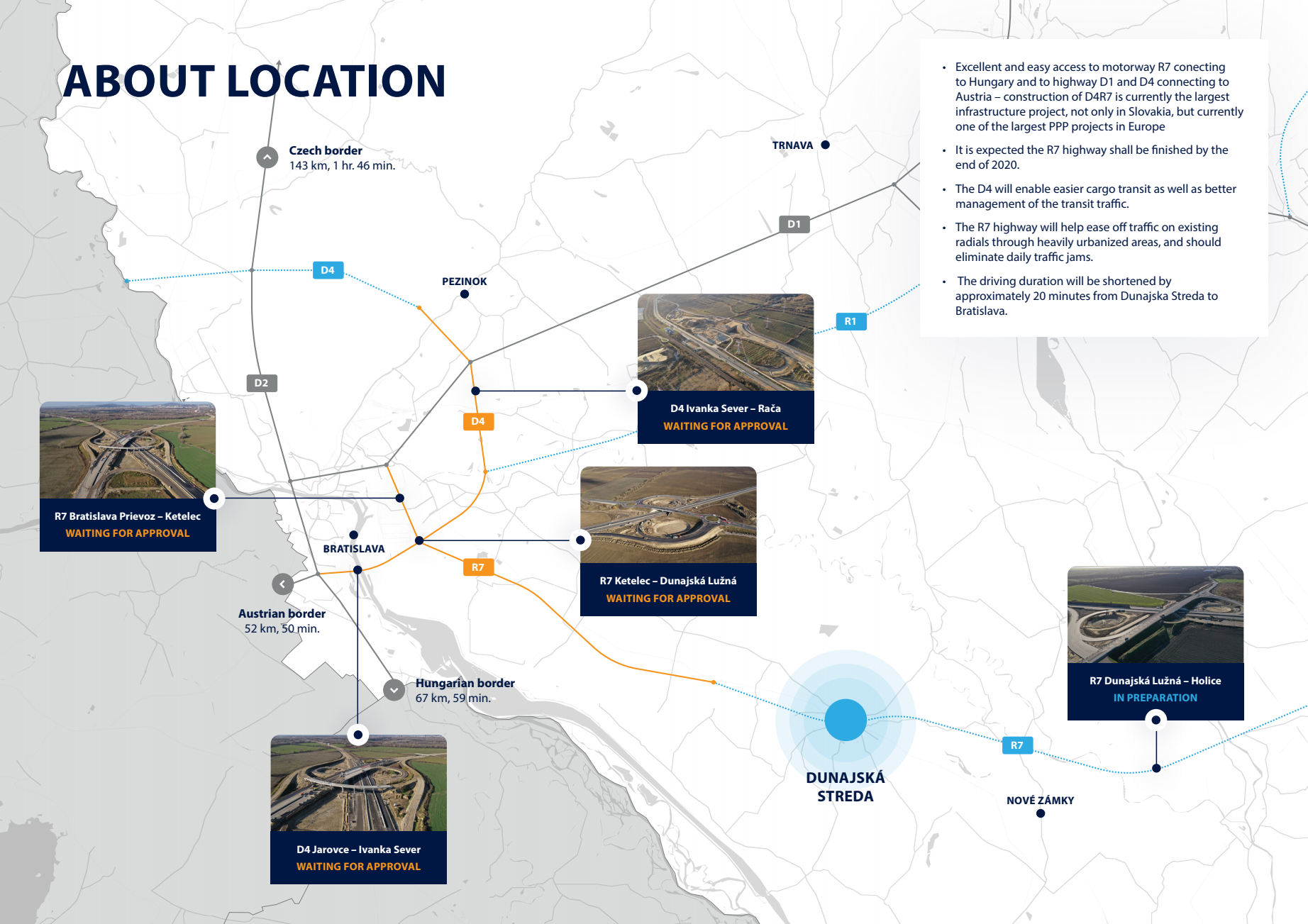 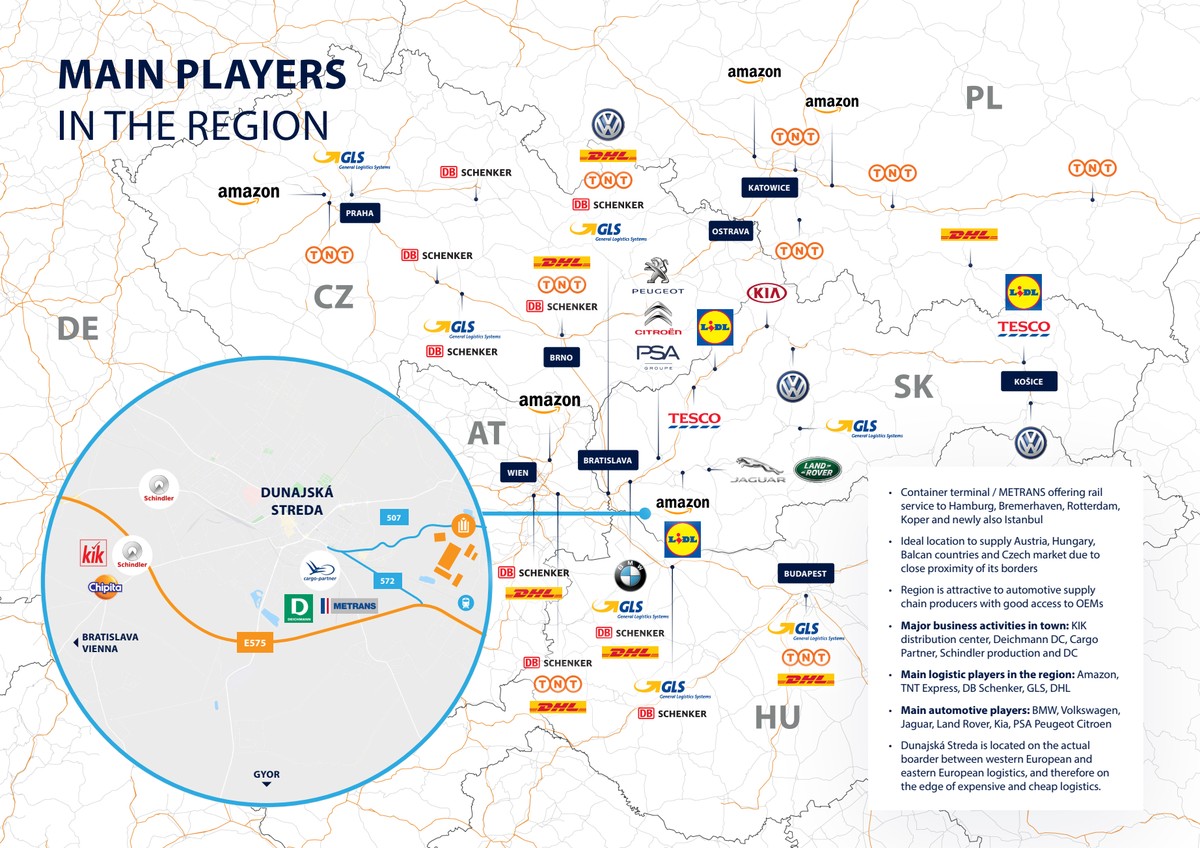 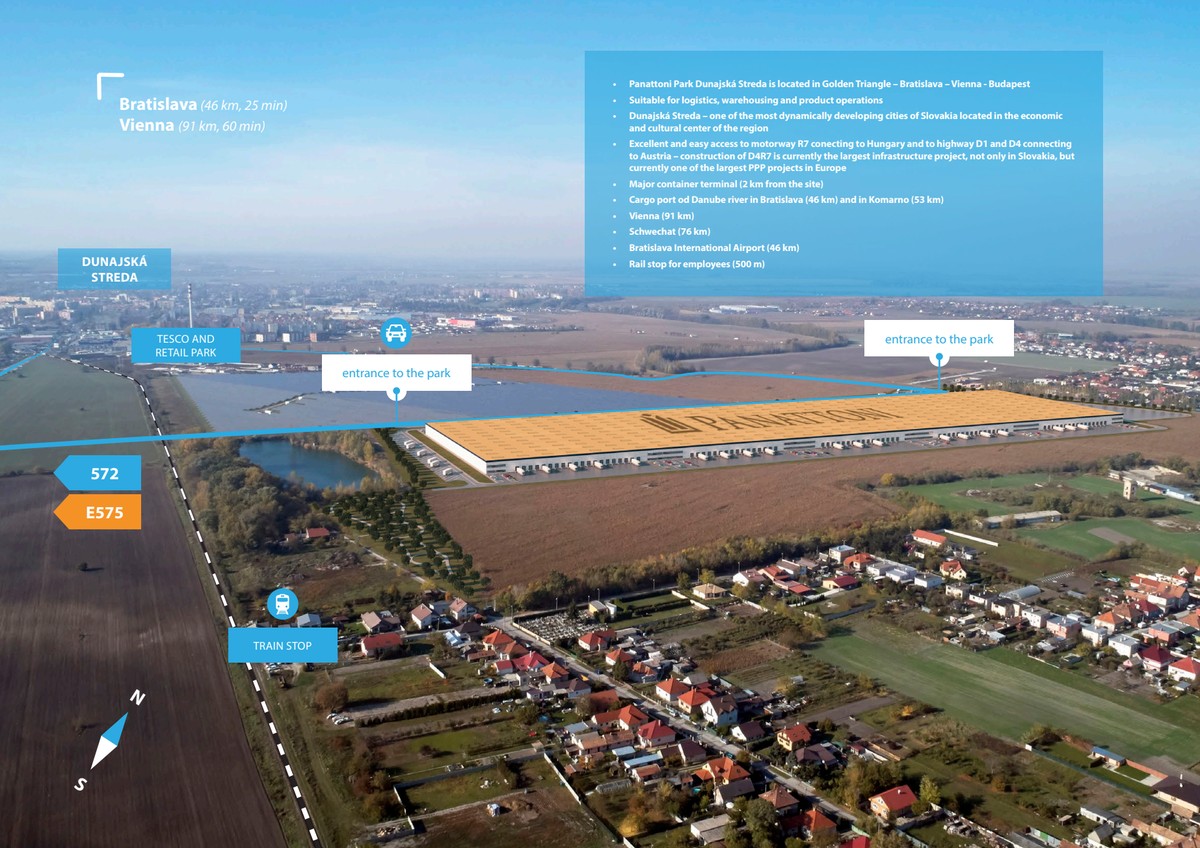