We would like that the use of our website to be comfortable for you. To this end, we do our best to adjust the content available on this website to your interests and preferences. This is possible due to storage of cookies in your browser and processing by Panattoni Development Europe Sp. z o.o. (administrator) of personal data for analytical and statistical purposes. By continuing to use our site, without changing the privacy settings, you agree to the storage of cookies on your device and the use of information stored in it. Remember that you can always disable the option to save cookies in your browser settings and obtain additional information about the processing of your personal data and your rights in our Privacy policy .
Oct. 19, 2021, 9:14 a.m. 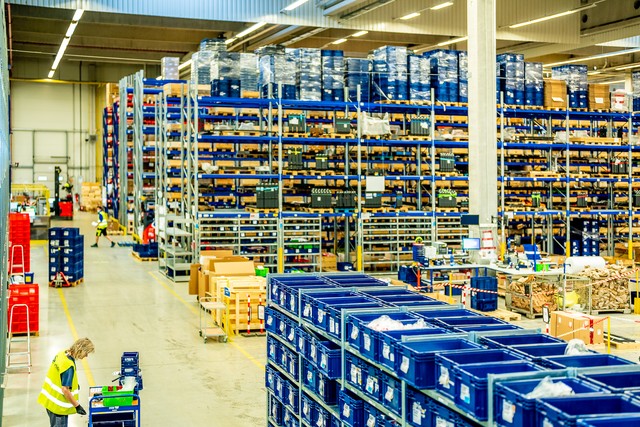 West Bohemia is becoming a world centre for material handling technology. After the Linde forklift plant, Still forklift plant and the hall of the conveyor systems manufacturer Dematic, the fourth building of the KION Group is growing in Panattoni Park Stříbro. Industrial zone builder Panattoni will build the new distribution centre for Urban Transporte Part of the new hall (total building size: 9,500 sqm) will be used to dispatch handling equipment from the production plants near Stříbro and also as a logistics hub for products from other plants producing for Central and Eastern Europe. The value of the project will be more than 250 million CZK. CZK (EUR 9.6 million) and will create over 30 new jobs.

"The expansion of Kion Group at Panattoni Park Stříbro clearly confirms that companies need to have not only the development and production but also the logistics of their materials and finished products as close as possible to them. This minimises the environmental impact by eliminating the CO2 footprint during transport," says Pavel Sovička, Panattoni Managing Director for the Czech Republic and Slovakia.

KION Group commissioned its first hall in Panattoni Park Stříbro at the beginning of 2016. This was followed by the construction of another building, where the Still forklift trucks are manufactured, in 2017 and hall number three in 2020. In line with Panattoni's long-term Go Earthwise strategy, all buildings have received high ratings under the prestigious BREEAM New Construction environmental certification to the latest standards, and the latest fourth building will be no exception.

However, KION Group is not the only company now expanding at Panattoni Park Stříbro - one of the existing automotive component manufacturers is also expanding its plant there. The new part of the building stands out for its innovative technologies and minimal environmental impact. The investment of over CZK 600 million confirms that the economy is returning to growth and that the Pilsen region remains an attractive destination for the development of modern business.

One of the largest online retailers of automoti...

The brownfield of the former glassworks near Ho...

Construction of the first hall in Panattoni Par...

The Tchibo distribution centre in Cheb has beco...