We would like that the use of our website to be comfortable for you. To this end, we do our best to adjust the content available on this website to your interests and preferences. This is possible due to storage of cookies in your browser and processing by Panattoni Development Europe Sp. z o.o. (administrator) of personal data for analytical and statistical purposes. By continuing to use our site, without changing the privacy settings, you agree to the storage of cookies on your device and the use of information stored in it. Remember that you can always disable the option to save cookies in your browser settings and obtain additional information about the processing of your personal data and your rights in our Privacy policy .
March 5, 2021, 10:19 a.m. 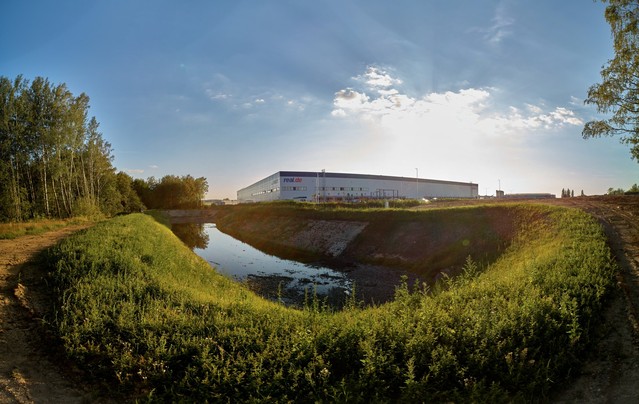 Especially valuable is the victory in the Best Leading Green Building Development category, which includes projects across development segments. The Real Digital distribution centre, built on a brownfield after the former Škoda Ostrov, defeated both office and residential buildings.

“In the competition of several dozen excellent projects, I consider the first three places to be a great success. All the more so because we defended one of the victories in the Green Development category, namely with the Real Digital project at Panattoni Park Cheb South. The sustainable concept of green construction has long been a key part of our corporate strategy. I believe that clients are also satisfied with the quality of our buildings, which is confirmed by the victory in the Most Loyal Tenant category. And the fact that the quality and creativity of the external presentation of our projects was also awarded is a pleasant line under last year,” said Pavel Sovička, Panattoni’s Managing Director for the Czech Republic and Slovakia.

“The Czech Republic’s Cheb has the greenest hall for modern industry in the world which deservedly collects other awards as well. It is the culmination of the path of green building construction that I and Pavel Sovička set in 2015. This is one of the reasons why we now have one of the greenest portfolios in the world, with a high share of regeneration of old brownfields with a long industrial tradition also playing a crucial role. I’m glad that the Czech Republic is at the forefront again and that modern halls have received such a prestigious award, which certifies the eco-friendliest approach to the world around us. Yes, those halls that are often unjustly referred to as non-eco-friendly boxes. I would like to thank the entire team that participated in the construction and preparation,” added Milan Kratina, Accolade’s CEO.

The Real Digital distribution centre at Panattoni Park Cheb South was certified as the most environmentally friendly industrial building in the world according to the latest BREEAM 2016 New Construction standards. The project even received the first “Outstanding” mark in the Czech Republic and a record score of 90.68%.

Panattoni built another production building in Stříbro for Kion Group, complementing the complex of the two existing “smart” factories. The third production hall for one tenant within one industrial park secured Panattoni victory in the Most Loyal Tenant category. The entire complex has now even become the largest production centre for handling technology and automation in the world. The new 25,550 sq m building, which serves the Dematic subsidiary, meets the highest standards of sustainable construction and was built with the aim of obtaining BREEAM New Construction Excellent certification. According to the aforementioned standard, for example, the building excels with above-standard insulation of the facade (150 mm) and roof (280 mm), which minimizes energy costs.

With regard to the Panattoni Pilsen Digital Park project PR, the jury appreciated the ingenious concept of augmented reality through which the company interactively introduced the new industrial zone to the Pilsen public. Using a QR code, those interested can download a special free app to their mobile phone or tablet and view a real-size 3D visualization of the planned hall on site.

The app was created by AKULAR, a premium start-up provider of innovative visualization services in augmented reality.The platform is based on the US east coast. It has visualized the largest projects of the world’s leading developers – Crystal City for Amazon near the US Pentagon, key projects for Boston Properties and the entire east coast area of the Hudson River for Long Island City. The platform has won several prestigious BuiltWorlds awards.

Saint-Gobain Group is expanding in the Panatton...

Panattoni to build for Amazon the first robotic...